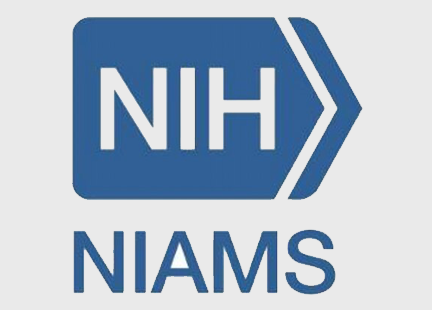 Overview of the STAR Awards:

Karen Costenbader, M.D., M.P.H., is an associate professor of medicine at Harvard Medical School. She leads an NIAMS-funded research project to understand the factors that contribute to health disparities in systemic lupus erythematosus (SLE). Dr. Costenbader’s team has explored the role of access to quality healthcare as a potential cause of disparate health outcomes for SLE patients from different racial and ethnic groups. More recently, her research group has begun investigating the effects of social and behavioral factors on the incidence of SLE in black and low socioeconomic status women. Her work has led to the identification of several lifestyle and behavioral factors that influence the risk of developing SLE. The STAR award funding will enable Dr. Costenbader to study genetic factors that may contribute to a person’s likelihood of developing SLE and investigate whether genetic and environmental risk factors may work together to affect overall disease risk.

Ivo Kalajzic, M.D., Ph.D., is an associate professor of reconstructive sciences at the University of Connecticut Health Center. Dr. Kalajzic is principal investigator of an NIAMS research grant that focuses on understanding the biological processes involved in mending broken bones (fractures). He is studying the role of the Notch signaling pathway in an effort to identify components that could be manipulated to accelerate fracture healing. His lab has been using mouse models in which Notch signaling is altered to gain insights into the cells, molecules, and mechanisms involved in the process. Using the STAR funding, Dr. Kalajzic’s lab will further explore the role of Notch receptors in fracture repair. Ultimately, he hopes to use new knowledge about the Notch receptors to identify and evaluate candidate treatments for broken bones.

Chuanju Liu, Ph.D., is a professor of orthopedic surgery and cell biology at the NYU Langone Medical Center. His lab studies the role of growth factors and cytokines in the disease processes that lead to osteoarthritis (OA). He leads a current NIAMS-funded study of a growth factor called progranulin (PGRN). Dr. Liu’s group identified PGRN as an OA-associated growth factor, and is exploring whether an engineered derivative of PGRN could help to treat OA. He will use the STAR supplement to expand his studies of PGRN to include its role in autophagy—a process by which the body clears cellular debris—in OA. In addition, the STAR supplement will allow Dr. Liu and his team to test whether FDA-approved drugs that boost PGRN and autophagy may protect against the development of OA. The studies are expected to improve understanding of OA pathogenesis and potentially lead to new treatments.

Rui Yi, Ph.D., is an associate professor of molecular, cellular and developmental biology at the University of Colorado Boulder. His lab is exploring the function of molecules called microRNAs during the development of the skin and hair. As the principal investigator of a grant that seeks to understand a group of five microRNAs, known as the miR-200 family, Dr. Yi and his group are investigating the effects of these molecules on skin cell proliferation and adhesion and hair follicle development. Using the STAR supplement, Dr. Yi will analyze the miR-200s at the single-cell level to learn more about how they may influence the fate of stem cells in the skin. In addition, the STAR funds will enable Dr. Yi’s group to follow-up on findings that the miR-200s regulate a protein called Yap 1, as well as to extend their studies of molecules that interact with the miR-200s. Ultimately, Dr. Yi’s work may advance understanding of the influence of microRNAs on tissue regeneration and the development of skin cancers.

To view profiles for the 2015 STAR awardees, visit the 2015 announcement for the STAR program.

To view profiles for the 2016 STAR awardees, visit the 2016 announcement for the STAR program.

For more information, please see the STAR funding opportunity announcement and the December 2014 letter from the NIAMS Director announcing the program.