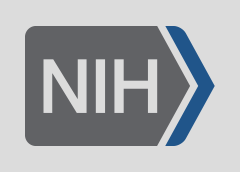 University of Pennsylvania researchers supported by the National Institute of Arthritis and Musculoskeletal and Skin Diseases (NIAMS), a component of the National Institutes of Health, and other organizations have built a strong case that male pattern baldness—the most common cause of hair loss in men—results from elevated amounts of a lipid called prostaglandin D2 (PGD2). Identifying this potential culprit and its actions, say the scientists, points toward a potential new therapeutic target for the condition. The research project is described in Science Translational Medicine.

Directed by senior author George Cotsarelis, M.D., and lead author Luis Garza, M.D., Ph.D. (now of the Johns Hopkins University), the University of Pennsylvania team examined gene expression and other PGD2-related factors in both bald- and haired-scalp areas of individuals with the condition, which is also known as androgenetic alopecia (AGA). The discoveries they made point to a significant role for PGD2 in AGA:

The researchers also identified a receptor molecule—a protein called GPR44—that binds with PGD2 on the surface of cells in the hair follicle. Such binding is needed to produce the condition of limited hair growth that is symptomatic of AGA. Several inhibitors of GPR44, say the investigators, have already been found, and could eventually prove useful in reducing binding activity to treat the condition. Currently, there are two FDA-approved drug treatments that help prevent hair loss or stimulate new hair growth in balding areas.

"Our findings all point to a significant role for PGD2 in hair growth inhibition associated with AGA," says Dr. Cotsarelis. "By studying the disorder directly, we have been able to hone in on gene and lipid abnormalities that may explain AGA and lead to new treatment targets."

The research, partly funded by NIAMS, was also supported by the Pennsylvania Department of Health, the University of Pennsylvania’s Edwin and Fannie Gray Hall Center for Human Appearance, the American Skin Association and the Dermatology Foundation.

The mission of the National Institute of Arthritis and Musculoskeletal and Skin Diseases (NIAMS), a part of the U.S. Department of Health and Human Services’ National Institutes of Health (NIH), is to support research into the causes, treatment, and prevention of arthritis and musculoskeletal and skin diseases; the training of basic and clinical scientists to carry out this research; and the dissemination of information on research progress in these diseases. For more information about NIAMS, call the information clearinghouse at (301) 495-4484 or (877) 22-NIAMS (free call) or visit the NIAMS website at https://www.niams.nih.gov.